Can Dogs Eat Rice? The Benefits of Brown Versus White Rice for Dogs

Your dog has had its eyes on your plate from the instant you scooped food onto it. Before then, they might have been roaming around your home, but now they’re stuck like a magnet by your side, eyes wide and tail wagging with expectation. Finally, you give in and give them a few scraps.

If you’re a dog lover, that situation is probably all too familiar. That said, while we’ve all given our dog’s table scraps, some foods are healthier than others – and still more should be avoided altogether.

Can dogs eat rice, and should they?

To answer the main question as quickly and clearly as possible – yes, rice in general and brown rice, in particular, should be wonderful for your dog to consume. There are, of course, ways to make it healthier and ensure that your dog gets the most out of them, but overall, rice is rice, and rice is fine.

Why is rice okay for dogs to eat? After all, isn’t it the case that there are okay foods for humans to eat but not dogs?

Yes, that’s certainly true in the case of foodstuffs such as sugar and chocolate. However, these are dangerous for dogs, not because they are “human food,” but because they contain ingredients that dogs’ bodies cannot process and are, therefore, toxic for dogs.

By contrast, dogs’ bodies can process rice just fine. Dogs may not “need” rice, given the fact that they are carnivorous by nature, but eating rice won’t hurt them. In fact, it may help them. Some of the potential health benefits of feeding your dog rice include adding carbs, fiber, and Vitamin B to their diet.

You will also want to practice an abundance of caution and select rice that is wholly organic and has not been grown anywhere that uses pesticides.

One of the biggest questions to consider when cooking rice for humans is whether to opt for brown or white rice, and that question carries over for dogs as well, as does the same distinguishing logic.

White rice contains more starch, can be more appetizing for humans and can be more easily digestible. On the other hand, Brown rice is rawer, has higher fiber content and retains more of its natural nutrients and vitamins, and is thus less digestible and more geared toward healthy living diets.

That said, while white rice is often preferred by those looking for a more palatable entrée, it isn’t as though you’ll be serving your dog rice topped with cheese, butter, and all manner of savory flavors and seasoning.

Furthermore, white rice ranks higher on the glycemic index. If your dog has diabetes, you may not need to avoid white rice altogether, but it will definitely not be as good for your dog as brown rice, and you’ll want to avoid serving the former very frequently.

In terms of raw nutrition for dogs, brown rice is more nutritious and retains its nutritious qualities better when boiled. It should be noted that, while boiling and other methods should be fine, dogs’ stomachs aren’t meant to handle fried foods, and so fried rice may cause upset stomachs.

On the other hand, brown rice, in particular, can help settle a dog’s stomach.

How Much Should You Feed Your Dog?

As with any foodstuff, white or brown rice should be served in moderation. Too much brown or white rice can have a deleterious effect on your dog’s health. That raises the question – how much rice should you feed your dog, and how often should you feed it to them?

To answer the second question first, the rice should be more of a treat and occasional supplement than a regular main course. It should not exceed 10% of your dog’s daily food intake. Therefore, how much total rice that is, therefore, will depend somewhat on the size of your dog and how much they eat in a day.

A tablespoon of brown rice is plenty, and half a cup is good for about a gram of fat, six grams of protein, and 23 carbs. That’s already a sizable amount, especially for a smaller dog, and your daily portions probably shouldn’t far exceed this.

That said, rice is also a popular additive in some commercial dog food formulas. In these cases, the rice has likely already been mixed in with the other foods in the formula to reach a healthy ratio. However, you should still be aware of whether your dog food contains rice if you plan on giving them even more.

Feeding your dog brown rice on its own more than three times a week can be a bit excessive.

Preparing Rice for Your Dog

To make sure that your dog is getting the most out of its rice, you’ll want to make sure that it’s cooked all the way. What’s more, as demonstrated with our fried rice example, some preparation methods should be avoided.

Instead, when preparing rice for your dog, you’ll want to keep things as simple as possible. Please put it in a boil, do not add any seasonings, and let it soften. Rise the rice before adding it to the pot to remove any excess starch. Boil it for about 20 to 30 minutes.

As an alternative to a pot, you can also use a steam rice cooker.

When properly utilized, rice can be a great way to add a great added source of nutrition to your dog’s diet, offering benefits such as:

Both white and brown rice can be fed to your dog so long as either is properly prepared and boiled first. However, white rice can be problematic for dogs with diabetes and does not have the same nutritional value.

As such, brown rice is the superior choice for dogs.

A tablespoon to a half cup max should be more than enough for your dog to enjoy the health benefits. 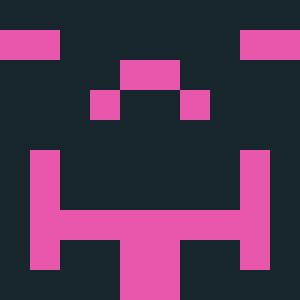 When to Stop Feeding Puppy Food?

When Should You Switch to Adult Dog Food?

Additionally, we also participate in many other affiliate programs, and we sometimes get a commission through purchases made through our links.